Bacteria in our kitchen? And that’s supposed to be healthy? In times of Corona and constant disinfection, that’s almost inconceivable. But fermenting is all the rage. It is an ancient method of preserving or even refining food. Many foods that regularly surround us are fermentation products – e.g. kombucha, miso, or even vinegar. The process of fermentation is based on microorganisms, more precisely lactic acid bacteria, which we use for preservation, better digestibility, and a special taste of food. Lactic fermented foods can be found all over the world. There is no Korea without kimchi, no Germany without sauerkraut, and Austrians are certainly reluctant to do without cheese and sourdough bread. So fermenting concerns us anyway – then we can also try it out ourselves. For the sake of taste and health. And because we can’t travel much at the moment anyway, I’ve chosen two recipes that also take us on a bit of a culinary journey to distant lands:

Ginger Beer – a trip to India

Moscow Mule fans have known it for a long time, and everyone who loves ginger should know it: Ginger Beer! The spicy, sweet drink originated in India and is an exciting little fermentation experiment that turns out quite well. But be careful! The fermentation process produces a lot of carbon dioxide. So if you use glass bottles, there’s a bit of an explosion risk – yes, I’ve experienced it in my own mess.

The fermentation of Ginger Beer takes place in two steps: first a batch, the so-called bug is grown. Once this is ripe, it goes to the brewing. 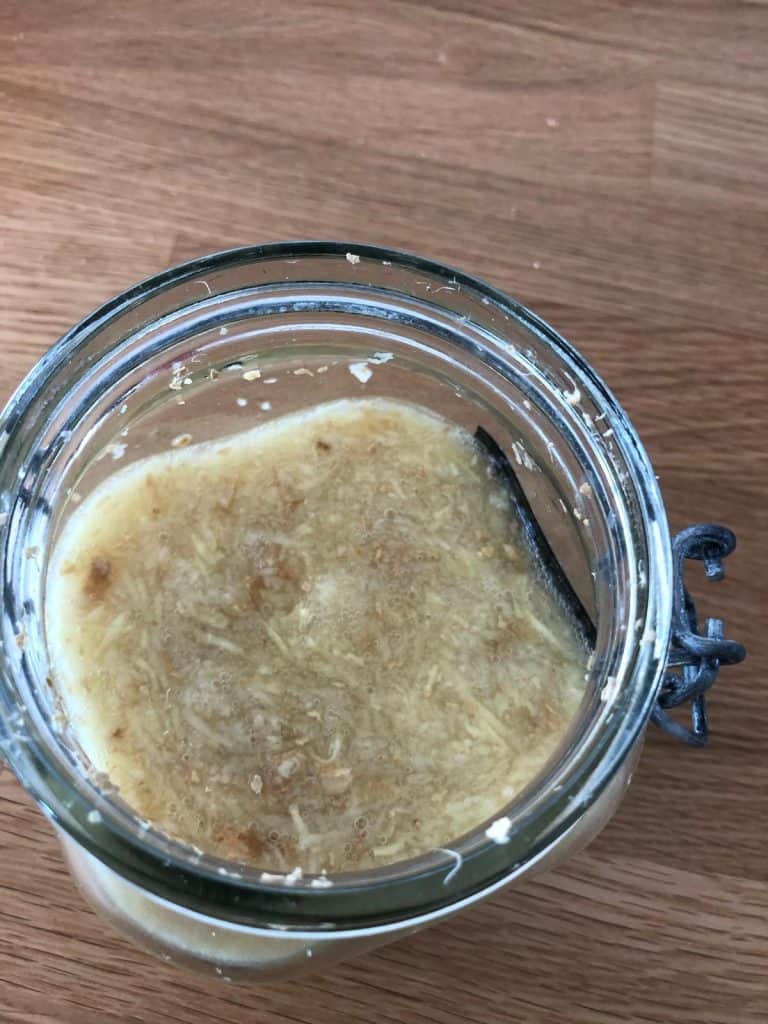 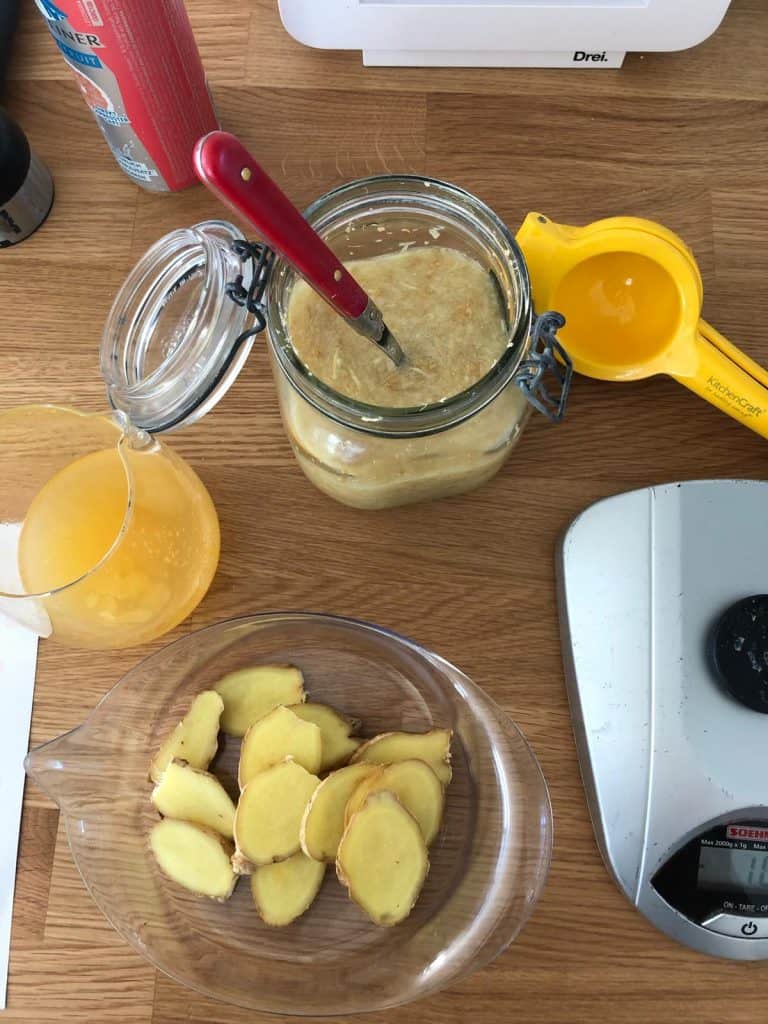 Ingredients for the BUG

Ingredients for the tea

Kimchi – a trip to Korea

In Korea, kimchi is practically part of every meal. Actually, it is nothing more than spicy sauerkraut. I myself am a huge kimchi fan but have never dared to try it. Therefore here my first self-experiment. You can actually make kimchi with any kind of cabbage. I have decided on the first attempt but for the very classic Chinese cabbage variant. 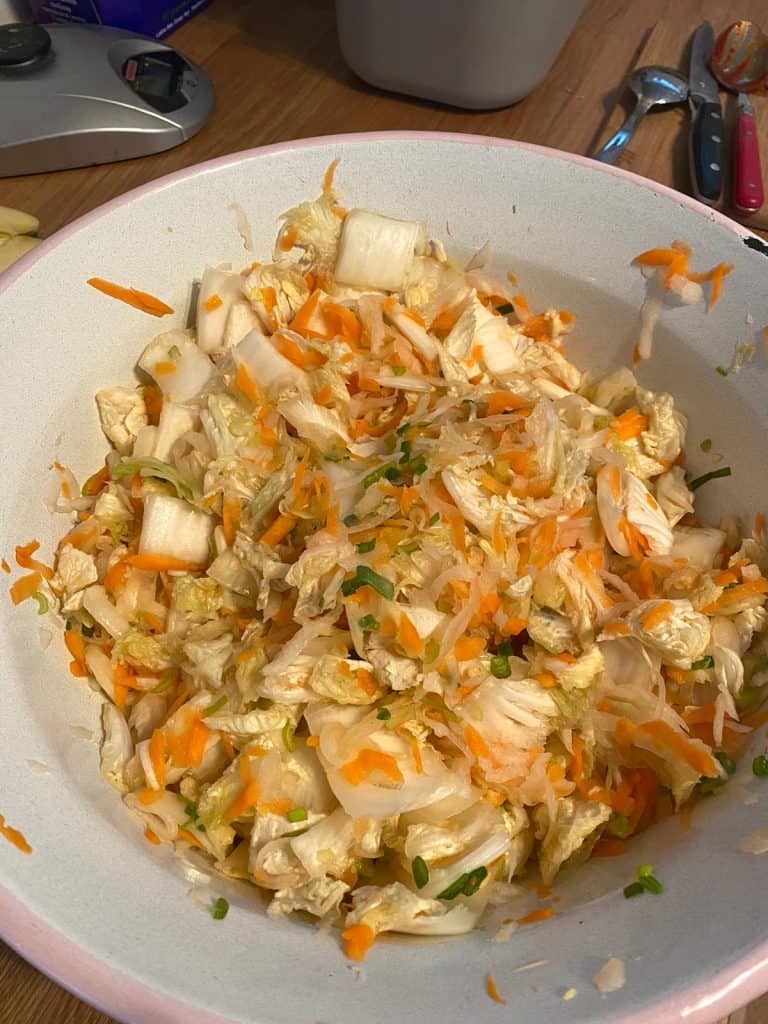 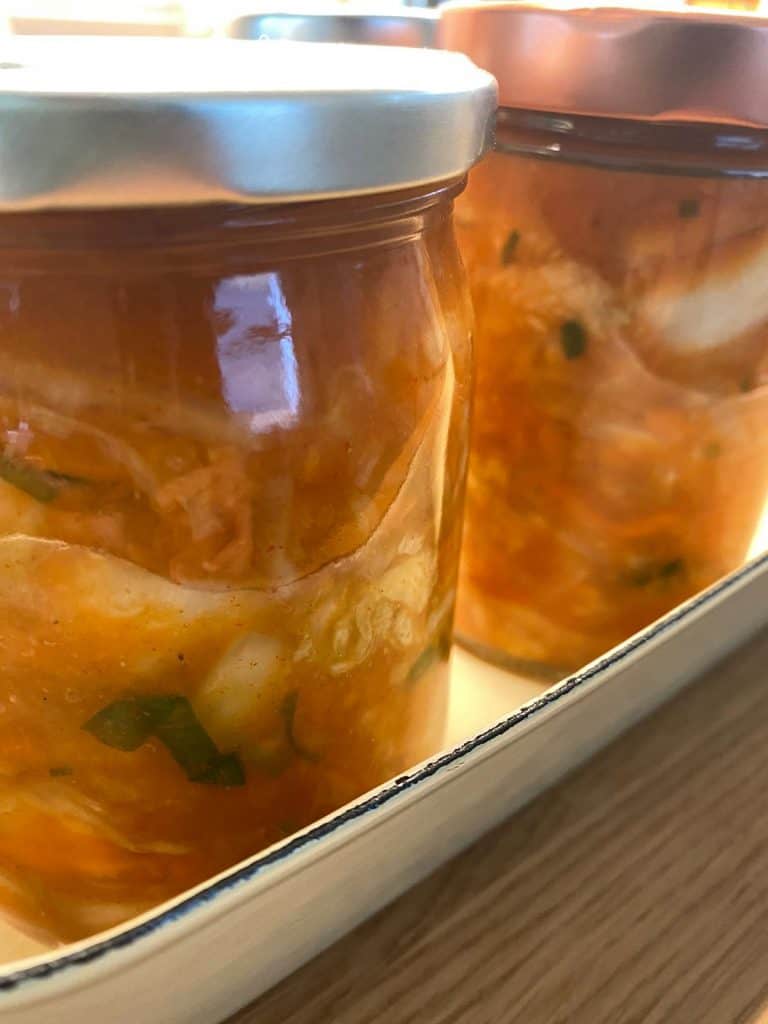 Ingredients for the paste

Now the microorganisms have to do their work. It is best to store the kimchi at room temperature for about a week. The contents of the jar literally begin to live. It bubbles and gurgles away. If you are quite sensitive: the kimchi exudes a quite beguiling scent during this phase. It is best to place the jars in a small mold, as the fermentation process can cause liquid to spill over the rim. After a week, the jars can be tightly closed and move to a cool place. This can be the cellar or the ice chest. This stops the fermentation process and the maturation begins. After about 5 weeks can be tasted. If it already tastes good, just enjoy. The kimchi keeps in the ice chest for several months. Always make sure to remove kimchi only with clean cutlery and press the rest back into the jar so that it is optimally covered with liquid.

So you are ready to go. It’s not that difficult and after just a few tries, you’ll have great recipes and dishes that bring new wind into your pantry. Have fun fermenting! 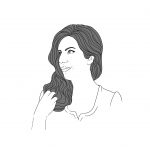 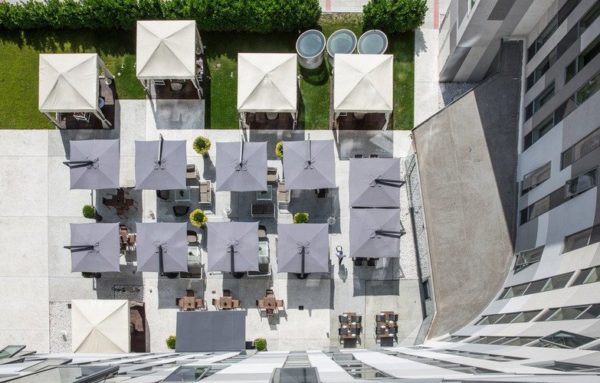 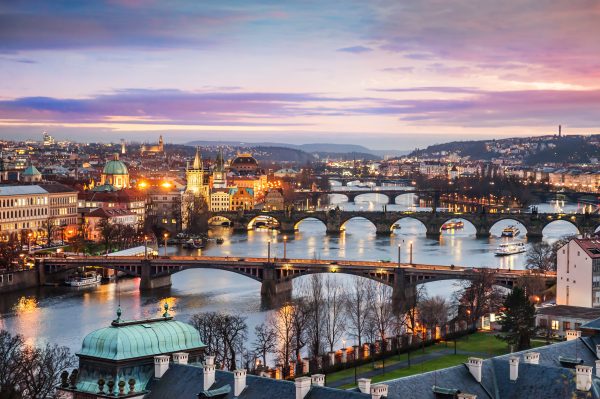 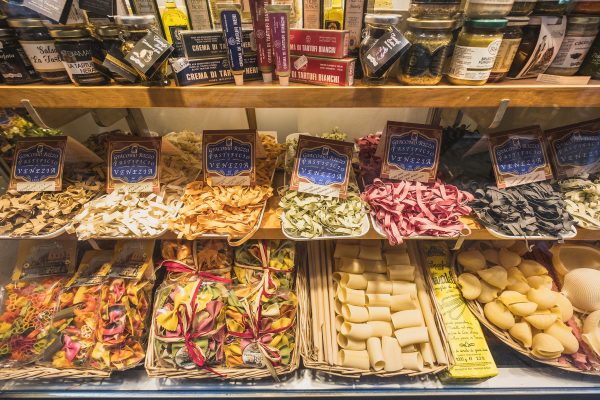