A few weeks ago, together with my colleagues from the brand and online marketing team, I was invited to a marketing meeting on Lake Garda. I didn’t think that a meeting and an Italian apartment complex could satisfy my longing for a holiday…

Lake Garda in Italy is one of the top destinations for Austrian tourists and is especially popular with families. Only I’ve never been there before. Therefore, I was especially pleased that my path led me to Italy professionally for 3 days, to work there on the one hand, but also to get to know the surroundings around the Falkensteiner Apartments Lake Garda . After all, I need to know what I’m talking about when I advertise it.

The journey thus started at Vienna Airport. It only took about one hour by plane to arrive in Milan. Unfortunately we didn’t see much of the city, because we drove by car towards Lake Garda. After a little more than two hours drive, we arrived in the tranquil little village of Moniga del Garda, where the apartments are located.

To be honest, I’m a burned child as far as apartment complexes in Italy are concerned. I remember with horror a holiday with a family friend in Grado… 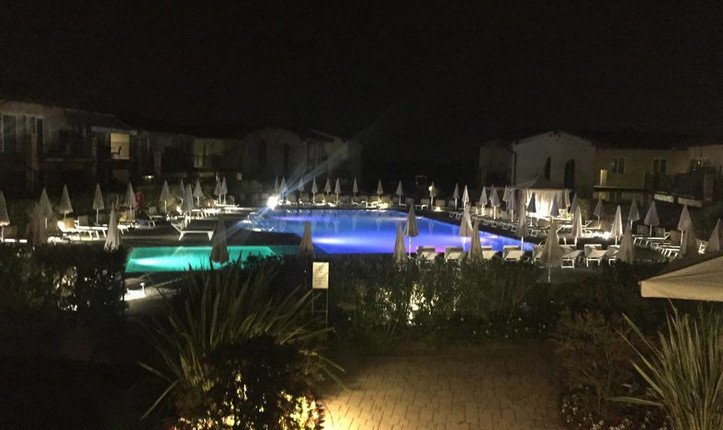 But the apartments at Lake Garda taught me better! As soon as we arrived, the view over the complex through the glass front from the large reception was soothing. A large, colourful and well-kept garden with a pool in the middle, sunbeds with umbrellas all around and the relaxed arrangement of the apartment houses create a cosy atmosphere.

We were greeted by General Manager Marko Vuljan and Receptionist Hannelore Hilpold, whom I had already got to know in Vienna, but this time I was “on her territory” for the first time.

Since we had arrived relatively late, my colleagues and I let the evening end with dinner on the terrace. We had planned the meeting marathon with Marko and Hannelore for the next day and also arranged a trip where Marko would show us the most beautiful places on and around the southern part of Lake Garda. 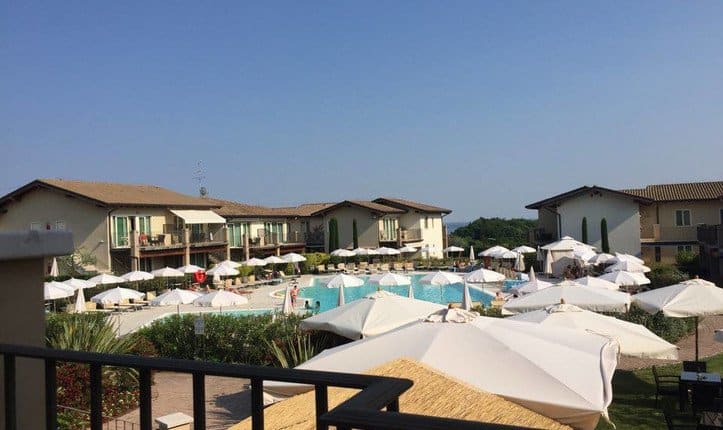 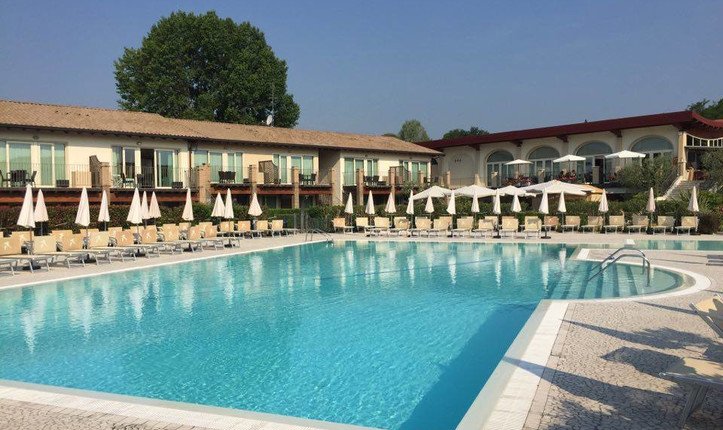 We all met up again the next morning for breakfast, once again on the terrace with a view over the pool, and we fortified ourselves for the upcoming day.

After a short, five-minute drive (more sporty guests can rent bicycles and e-bikes) we found ourselves on the shore of Lake Garda. A really great view. When I put my hand in the water to feel the temperature, I forgot that it was a lake when I said to my colleagues, “So now we can say that we were in the sea at our  meeting!”

But here, at the biggest lake in Italy, you really feel as if you are by the sea! Many nice beach cafés, bars and boat rentals can be found here. And, of course, pontoons protruding into the lake and numerous places to sunbathe. 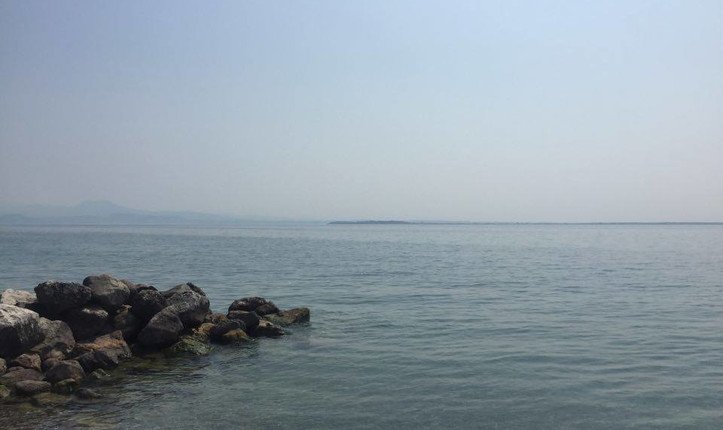 Then we moved on to Desenzano del Garda. A small, typically Italian town directly on the lake with great old buildings, hotels and restaurants, great for a day trip. When we were there, the weekly market was taking place, where you can buy not only fresh fruit, vegetables, meat and fish, but also well-known Italian souvenirs like leather jackets, shoes and clothes.

Here in Desenzano there is also a small harbour where you can rent boats (even without a boat licence) to spend a day on the lake. 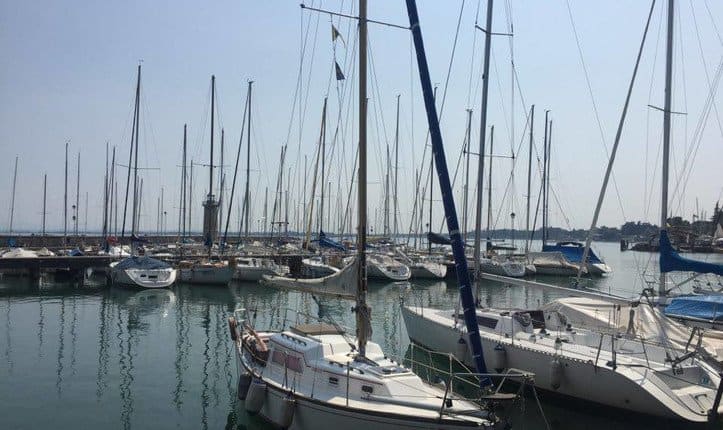 The next stop was Sirmione. Now I finally knew where all the tourists were hiding! Passing through the narrow castle gate, we arrived in a small, almost medieval town, which is apparently the hot spot for trippers on the southern shore of Lake Garda. Great hotels, direct access to the lake and very inviting cafés and restaurants tempt you to stay despite the crowds.

But, we had to go back to the hotel, because the actual reason for our coming was also on the agenda, our marketing meeting! 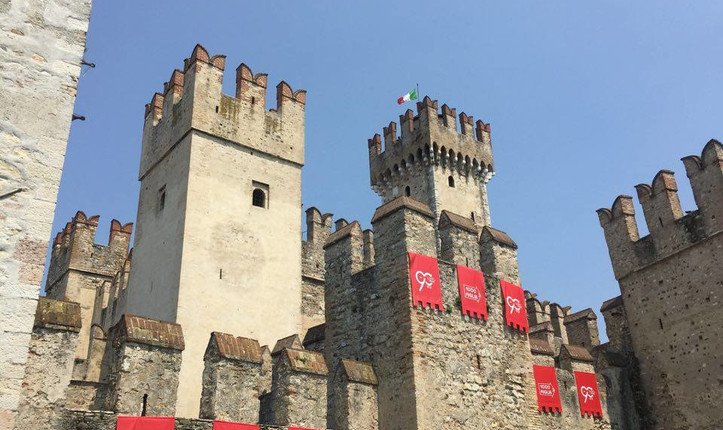 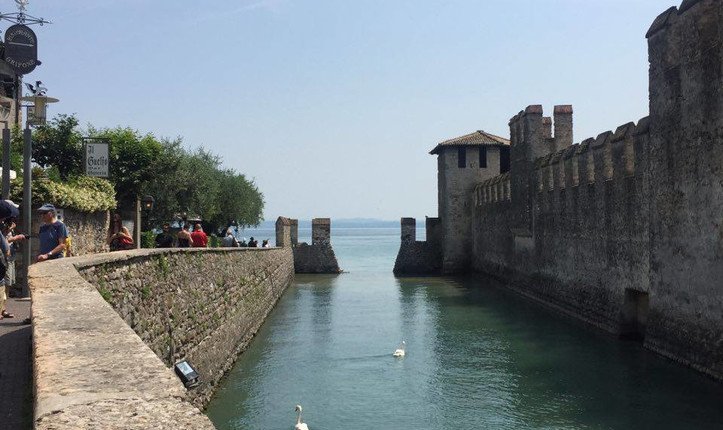 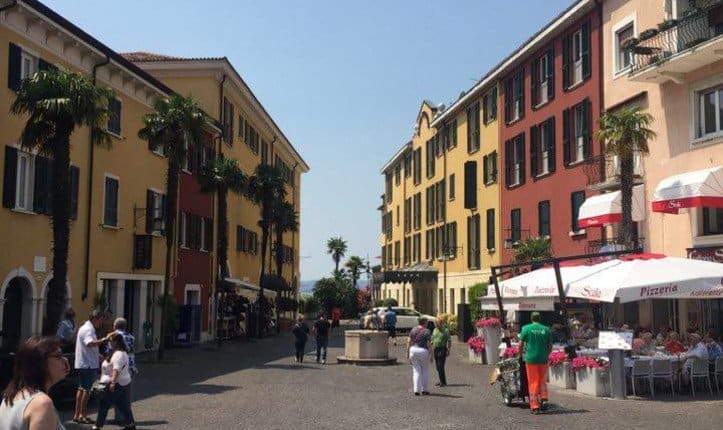 Beforehand, we had collected a lot of information and tips, which of course we don’t want to keep from you! So, on my to-do-list for the next visit, at least, are Gardaland,  the  Caneva Aquapark and an extended bike tour (on the e-bike of course) to the wine growers and olive oil mills in the area of the Falkensteiner Apartments Lake Garda. I’m looking forward to it! 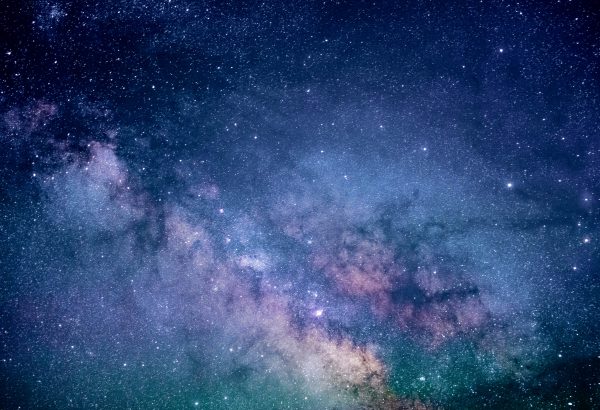 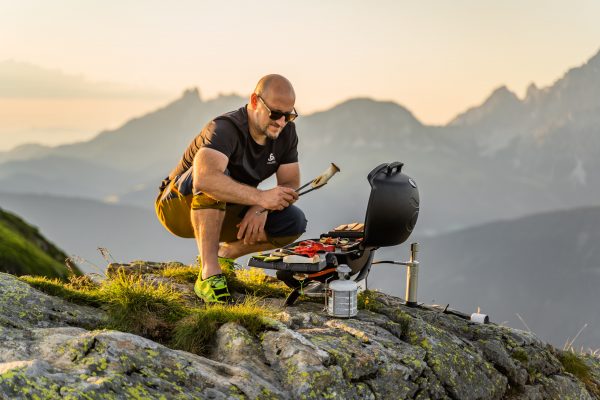 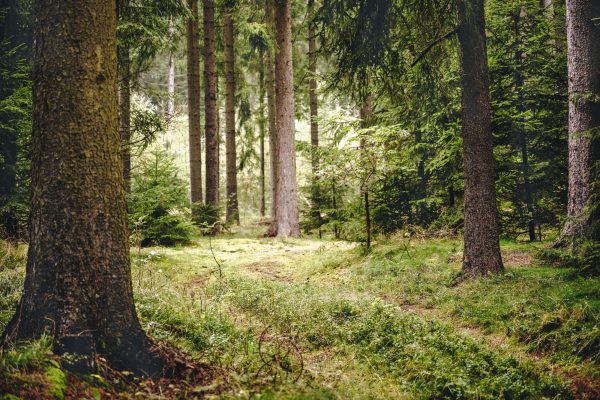